Matthew Thompson, 57, died of cancer at his home in Abingdon, Oxfordshire on 12th October.. 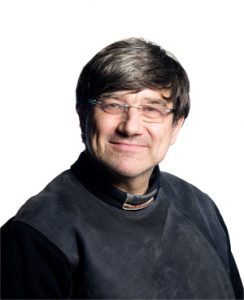 Matthew Thompson, 57, died of cancer at his home in Abingdon, Oxfordshire on 12th October 2013.

Matthew was born in Leeds, but the family – father Jack, a civil servant, mother Hilda, a teacher, brother Robert and sisters Isobel and Camilla – soon moved to Sheffield and later to Radcliffe on Trent, where Matthew went to nearby West Bridgford College.

In 1983, he moved south to Abingdon which became his home for the rest of his life, and where he discovered his great love – the sport of fencing. He was coached by John Llewellyn and Tomek Walicki, later becoming a coach himself, studying under Gabor Bognar, Peter Frolich and Zolte Nemeth.

From this base in Oxfordshire, Matt travelled the country as a freelance engineering contractor, often working on contracts many miles from home. Wherever he found himself, he would turn up at the local fencing club, drop his kit bag in the corner and start the process of making new friends – a network which continued to grow throughout his life. In 2001, after a quiet period in the engineering trade, he decided to take the plunge and become a full-time fencing coach, turning his passion into his livelihood. He coached at clubs throughout the local area, including Oxford, Newbury and Abingdon, as well as at schools, notably the Dragon School in Oxford.

As a coach, Matthew had many successful pupils, in particular Ben White (foil & epee) and Lydia Stanier (foil & epee), who collected many regional and national titles over several years, along with multiple international representative honours. However, it was typical of Matthew that he would take as much pride in a well-executed action from one of his ‘young Dragons’ in a school bout as he would when one of his high-performing fencers won a national championship.

He was also a regular referee on the fencing circuit and, in addition to the normal refereeing duties, would provide an entertaining if sometimes witheringly critical commentary on the fencing performance of his friends and acquaintances. Given his passion for the sport, and for youth fencing in particular, it was inevitable that Matthew would become involved in its governing structures. He was actively involved with Berks, Bucks and Oxon county union, creating the still-popular ‘fencing picnic’, and with the Southern regional association.

He later served two terms on the board of England Fencing – firstly as Youth Director, and subsequently as a non-executive director. He took over the running of the England Fencing youth performance programme Tomorrow’s Achievers in 2005 – a programme which he ran until a few weeks before his death. As Youth Director, he was the strategic lead behind the reshaping of England Fencing’s youth championships, and guided the founding of the U15 trips to Paris and Poland which are now an established fixture in the youth fencing calendar, attending all of the former and several of the latter as an official.

For his services to the sport, England Fencing honoured him with a gold medal in June 2013.

After receiving his diagnosis, Matthew turned his attention to practical matters. With no dependents to consider, he established the Matthew Fencing Trust whose aims are: To aid young fencers in their development by providing facilities for young fencers through access to competitions and supporting them in being able to go and therefore gain appropriate experience, both fencing and other, that will enhance their development and performance both home and abroad.

Donations to the trust can be made by sending cheques payable to Matthew Fencing Trust, c/o England Fencing, 1 Baron’s Gate, 33-35, Rothschild Road, London W4 5HT. With his irreverent sense of humour intact until the last, he planned his own funeral, taking his final journey in a coffin designed to look like a Cadbury chocolate box, to the strains of the Goon’s Ying-tong song.

He will be sadly missed by his family and wide circle of friends.